Spain is one of the largest EU countries and also a popular destination among European tourists. Most UK citizens prefer to living in Spain. The total population of Spain is about 47 million people and most of them are of European, but also Latin American descent. 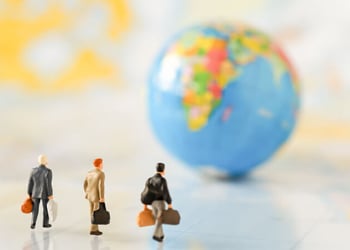 Recently, HSBC has published 2019 Expat Explorer Survey around the world on criteria such as quality of life, political stability, career progression, making friends and work, life balance and health. The survey included opinions of 18.059 expats' thoughts. For these reasons, The Expat Explorer survey is one of the largest independent global expat surveys.

Spain ranked 14th in the same survey in 2018, while ranked 4th this year according to all criteria. In this survey, Spain ranked the fourth position overall for economics, experience and family life in HSBC Expat Explorer study between 163 different countries.

What makes Spain such a great country for expats to live? 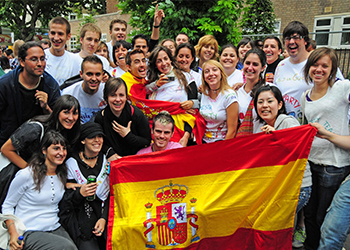 Spain is one of the best places in the world for expats to make friends and living in quality life standards. Expats in Spain feel that mental wellbeing improved. They feel happier, healthier and more comfortable.

‘’Smiles and friendly wawes of thanks are welcomed in any language’’ said one participant. The survey also only ranked Spain in 3rd place for cultural, open and welcoming communities. Spaniards are warm and friendly, really helpful towards expats.

On the other hand, the cost of living in Spain is lower compared to most European cities. Spain is famous for its healthy Mediterranean fresh vegetables, fish and olive oil, this contributes to its ranking as the number one expat destination when it comes to healthcare. Thanks to the lower price of these healty food and importance of healthy food, Spain also has one of the highest life expectancies in the world.

Spain does not seem the place for career progression according to this survey. Many expats often run their own businesses in Spain. According to the survey many expats feel that ease of settling in Spain due to Spaniards welcoming. So this makes it easy to invest, purchase property and run their own business. Expats also reported an improvement in work-life balance in this survey as third position. One participant said that “You'll find you'll have more time with the family.”

It is not surprising that the quality of education in a country offering high quality of life is high. Education and healthcare are easily accessible to expats and provide high quality service in Spain. Generally, education in Spain provides more quality standards than in other European countries. When it comes to little expats, almost all feel positive about making friends, schooling and learning in Spain.

All of us, who lives in Spain, know, the life here is great. Based on this survey, Spain is the best country in the world for expat life. ‘’I have a full and varied life in a good country with little local crime and friendly Spanish people, great healthcare and generally fabulous weather.’’ one participant said.

In Spain, you will find excellent gastronomy, nature, monuments, museum and a perfect climate. Spain is home to a delightful Mediterranean lifestyle, full of culture and history, more than 300 days of sunshine each year. The country has also thousand of beaches, more than 577 blue-flag beaches around the country. The country also has enviable cities such as Barcelona, Madrid, Valencia, Sevilla and Malaga.

Spain offers the perfect urban lifestyle, thanks to their districts' variety. For these reasons, Spain witnessed a jump in tourist numbers. Did you know more than 37.1 million tourist visited Spain in the last first half of 2018? Spain is the second most visited country in the world after France.

To buy an apartment and to live permanently in Spain is very easy for foreigners thanks to the country’s facilities. If you consider buying property in Spain, we always make it easy to find your dream home in your dream country. Spain Homes always help you to obtain your new home, sign your title deed, and settle down in Spain.

Latest Posts
The Property Transfer Tax Has Been Decreased to 7%!
Our Website is Live With Improved Features!
Malaga Has Been Ranked by Forbes Among the Best Cities to Live