One of the most important things, when you are moving abroad with your family, is to find a good school for your children. Being near an appropriate school would be one of the major factors when buying a house. We have written this article to give you an idea about the school system in Spain and the best schools in Costa del Sol. 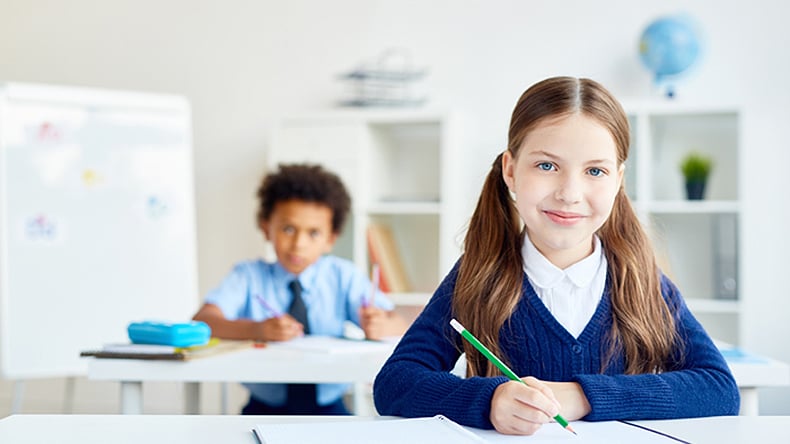 Is Education Compulsory and Free in Spain?

In Spain, for all the children aged between 6-16 years old education is compulsory and free in state schools. And it is possible to find good quality schools also for expats. From 16-18 years, education is not compulsory; consists of either upper level of secondary education (Bachillerato) or vocational training. Here you will find a brief guide to know where to start to find the most appropriate school for your kid and little info about the process.

Some hints before start finding the best school for your kid:

- In general, the first application period is in March and this is the correct time to apply if you have a chosen school in mind.
- For most of the well-known schools, either private or public, be ready to face a waiting list. Here the most important thing for the public schools is the score that you get regarding your residential address.
- To be sure about the school that you consider, you may check the listings on the official webpage of education in Andalucia. You can enter the name of the place that you are planning to move and click (Buscar / Search) button to list all the related education centers. Here you can find details about the school, which levels they offer, extra-curricular activities, education languages, etc.
- For private schools in Andalucia, you can check their own websites for more details of enrolment procedures and fees.
- In Spain, if a child cannot pass the end of the year exams, he/she must repeat the same academic year regardless of his/her level. It may be a case for the foreign kids as the first year they may need an adaptation period.

Are Public Schools Good in Spain?

If you are planning to stay in Spain for a long period of time or if you want to integrate the local life with your family, public schools will be one of the most suitable options. Besides, as having many foreigners in Costa del Sol, schools and regional administration have support for the adaptation of new students.

The enrollment to the Spanish state schools is free for all residents and EU citizens and is based on the residency address. So, it would be a good idea to check the effective area of possible schools. In general, schools offer an education from 3 years old (Infantil) till the end of the Secondary School (ESO). For some, the Primary School (C.E.I.P or Primaria) and Secondary School (I.E.S or ESO) may be separated. The good education quality in these schools is worth mentioning. You may also find state schools with a bilingual curriculum that is normally mentioned on the school title name.

Normally, the application period is March and this is the correct time to apply if you have a chosen school in mind. At the end of April, the lists are published with empty spaces if there are any and pupils’ scores. So, in May there may be a second chance. For enrolment, first, you need to have your resident address registered (Padrón) in the town hall (Ayuntamiento).

What are the languages taught in Spanish schools?

Besides Spanish (Castellano) being the official and mandatory educational language in public schools in Spain, in some regions, learning the co-official language of the given region will also be mandatory. As Costa del Sol is in the Andalucian region, here the only official language is Spanish.

Where are the Best International Schools in Costa del Sol?

In the Costa del Sol area you will find a wide choice of good international schools from nursery to high school. In these private schools, education is in a foreign language, which could be English, German, French, Swedish, or Norwegian or sometimes they may offer bilingual education. For a smooth transition of the kids, International Schools can be a good option.

Information on international schools is also available from the home Embassies in Spain.

How much are international school fees in Costa del Sol?

Regarding the fees, they can vary from €2,000 to €10,000 per year and usually do not include materials, excursions, lunch, transport, and extra-curricular activities. This additional cost will be around €800 to €1,000 per year.

Here you may find a list of some well-reputed international schools in Costa del Sol:

The school is located western part of Costa del Sol, between Estepona and Marbella, and available for children aged 3 to 18. It offers an international curriculum, following the Cambridge program. Here, your kid will have a language-immersion environment.

The school is located in Estepona, in the heart of The New Golden Mile on the Costa del Sol. Founded in 2004, they follow the British National Curriculum. The education is from Nursery (2-3 years old) till the end of Primary School at the age of 12.

This is a private school in Málaga with a British International Curriculum for students from 3 to 18 years old. The language of instructions is in English, but Spanish is also taught at all ages according to the Ministry of Education regulations. The campus is located in a unique natural area in the center of the Guadalhorce Valley which is just 15 minutes from Málaga city and very well connected with main roads to the rest of the region.

Founded in 2009, offers education from Nursery, till the end of Primary school. This is a bilingual Spanish-English school and located in the center of Málaga.

Founded in 1971, the school is now a modern school facility in Marbella and educates children of more than thirty nationalities. Kids have lessons in English and Spanish all the way through the school following the British curriculum, meaning that in Years 10 and 11, students undertake GCSE or IGCSE courses. The three examination boards used are Cambridge (CIE), AQA, and Edexcel.

Offers a British education that is complemented with Spanish studies and located in Málaga city center. The school is for pupils aged 3 to 18.

The British College of Benalmádena is in peaceful urbanization of Torremuelle, on the amazing Costa del Sol and offers education from the pre-nursery level till the university entry-level. The college is fully recognized by both the Spanish and British Ministries of Education and is a member of NABSS (the National Association of British Schools in Spain). The school follows both the British Curriculum and the main areas of the Spanish Curriculum, that gives qualifications from both the British and Spanish examination systems.

The school was founded in 1997. It has students from over 25 different nationalities and follows the British Curriculum. Education is from pre-nursery till university entry-level.

Founded over 45 years ago, the school is located in Torremolinos for the pupils of ages 3-18. It consists of Pre-School, Primary and Secondary Schools and follows complete English National Curriculum, including GCSE from ages 14-16, A-Levels from 16-18.

Located in Nueva Andalucia, Marbella, the school was founded in 1982 and has pupils from 3 – 18 years. Now offers a British-style education with also education in Spanish language and culture to enable the students to gain qualifications from both the British and Spanish examination systems.

This private school is located in Mijas Costa, Málaga, and has children from pre-school to high school. This is the oldest British School of the Costa del Sol, founded in 1968. School offers the British National Curriculum, as well as Spanish ESO and Bachillerato to students aged three to eighteen, from a variety of nationalities and cultures. 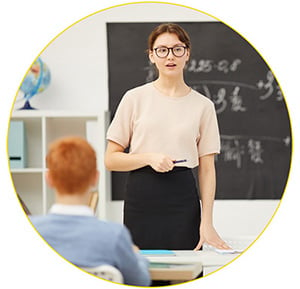 Located in Marbella, The German School of Malaga is founded in 1898. This is an independent private school, approved by the Spanish educational authorities and officially recognized by the Conference of the Ministers of Culture and Education of the Federal Republic of Germany (KMK), whose inspection is subject to it. The school offers bilingual education from Nursery till the end of Secondary School.

Norwegian, private primary school is located on the Spanish Costa del Sol in the beautiful town of Benalmádena which is approx. 15 minutes to Málaga, 40 minutes to Marbella.

This is a private Finnish school located in Fuengirola, since 1991. The school consists of Pre-School, Primary School and Upper Secondary School following the national Finnish curriculum with mandatory Spanish offered in all grades.

Founded in 1968, the Liceo Francés de Málaga offers education from Pre-school to till the end of Secondary School. It is a member of the worldwide network of the Agency for French Education Abroad (AEFE). Propose teaching in accordance with the program of the French National Education, having Spanish culture and English as the third language.

Are There Good Private Spanish Schools in Costa del Sol?

Founded in 1971 and located in Fuengirola, the college is now among the best 100 schools in Spain. Being one of the best private schools in the Costa del Sol, it imparts the stages of Pre-school 0-2 years, Infant Education, Primary, Secondary, and Baccalaureate. The official language of the school is Spanish, although, in Infantil and Primary education, students have 50% of the day in Spanish and the other 50% in English.

Founded in 1985, this is a Spanish / English bilingual private school in Costa del Sol. It covers all stages of the current Spanish educational system: Early Childhood Education, Primary Education, Compulsory Secondary Education, and Baccalaureate. Located in Marbella, have students from Fuengirola till San Pedro de Alcantara.

For more details on the Spanish school system please read our article about Education in Spain.

Q: What is the age for compulsory education in Spain?
A: For all the children the age of 6 to16 years old, education is compulsory in Spain. And it is free in all state schools.

Q: What are the school hours in Costa del Sol?
A: In Andalucia, a school day is generally is split in two like from 09:00-14:00 in the morning and 16.00-18.00 in the evening. There is usually 2 hours lunch break. In some schools, the education ends around 14.00 and the after lunchtime is dedicated to extracurricular activities. The hours also will be different in September and in June.

Q: Are kids wearing uniforms in schools in Spain?
A: In general, in public schools, the uniform is not compulsory in Spain. Mostly, in private schools or concertados (semi-private schools) the pupils wear uniforms.

Q: How is transportation for schools in Spain?
A: Public school system is based on address, so, children suppose to go to the closest school. But in most cases, there will be a school bus for the transportation of kids.