What Are the Most Beautiful Coasts of Spain?

As it is known, Spain has the longest coasts in the Mediterranean. The coastline of the country is approximately 7000 km. Spain's coasts are famous worldwide and it offers a range of opportunities for people living in the area. With its warm climate and favorite beaches for the summer holidays, the region has become the most popular tourist destination in Europe.

Spain's Mediterranean coastline extends from Tarifa in the south to Cabo de Creus in the north. We can speak of 6 major parts of this coastal line:

Costa de la Luz: It extends from the southern Tarifa region to the banks of the Guadiana river in the province of Huelva.

Costa del Sol: It is the coastline of Malaga province, in the Autonomous Region of Andalucia, in southern Spain.

Costa Blanca: It is a Mediterranean coastline in the province of Alicante, on the southeast coast of Spain.

Costa del Azahar: It is the coast in the province of Castellón in eastern Spain.

Costa Dorada: It is a Mediterranean coastal area in the Catalonia region of Spain, southwest of Barcelona.

Costa Brava: It is the coastal region of Catalonia in the province of Girona in the north of Spain. 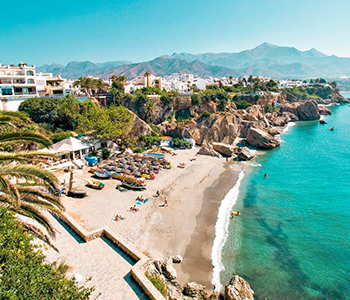 One of the Most Preferred Coasts: Costa del Sol

Located in the city of Malaga, the Costa del Sol region is one of Spain's best-known coasts. This region is indispensable especially for the leading names of the country such as artists, aristocrats, and businessmen. There are villas of prestigious people in the area. People usually choose their homes from this region where the quality of life is very high. The clear sea, unique beaches, and golf courses offer many opportunities for people who love quality living.

It is a popular and indispensable region if you love Mediterranean life and are interested in water sports and golf. There are golf courses, water parks, marinas as a result of the developments that started in the 1960s and the 1970s on the Spanish coast.

With its small coastal towns that always maintain its character, the area offers a beautiful Mediterranean lifestyle.

Costa Blanca Has It All! 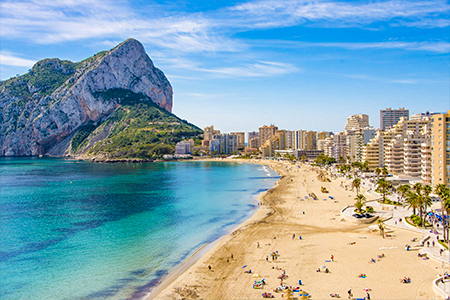 The famous southeastern coastline of Spain gets its name from the stunning white sandy beaches. The Costa Blanca covers an area of more than 200 kilometers from the Dénia in the north and Pilar de la Horadada in the south.

Costa Blanca hosts all kinds of settlements one can imagine such as Orihuela, a beautiful Spanish town representing joyful Mediterranean lifestyle with its rich historical monuments; Benidorm, a city of skyscrapers; Elche, a small town hosting the largest palm grove in the world; Finestrat, a tranquil settlement intertwined with nature and stretching from the foot of the Puig Campana mountain to the coast; Alicante, a famous metropolitan city of the region; Torrevieja and Guardamar del Segura, beautiful vacation spots of the region with their crystal clear Mediterranean waters and sandy beaches surrounded by beautiful palms; Rojales, a small Spanish town with a rich history, traditions and culture. The most famous settlement in the region is Alicante with a wide variety of social and daily amenities, entertainment options, business opportunities, education, and sports facilities. It is one of the biggest and main cities of Costa Blanca. 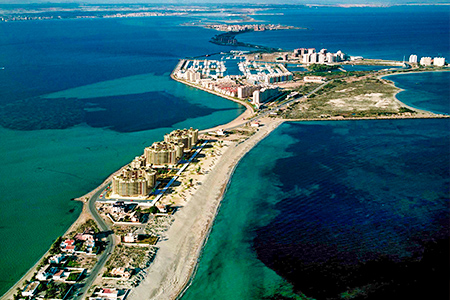 Costa Cálida: The Charms of Nature

The Costa Cálida, as known as the “Warm Coast”, extends about 250 km from the El Mojón in the north and the Águilas in the south. The coastline covers multiple cities presenting the most famous fragments of nature and history.

Costa Cálida welcomes you to its breathtaking Mediterranean beaches, sandy coasts, undiscovered and well-preserved coves, steep cliffs, saltwater lagoon El Mar Menor and various entertainment centers and social facilities. You can enjoy the most delicious Spanish and universal flavors by famous master chefs from all around the world. And especially the city of Cartagena invites you to witness the historical atmosphere with a background of the carefully preserved ancient ruins. One of the most famous settlements in Costa Cálida is Murcia. The region offers rich culture, traditions, and a wide variety of historical monuments, orchards, and natural parks such as Carrascoy y el Valle offering fascinating landscapes, perfect environmental conditions for water sports such as surfing, sailing, water ski, etc. 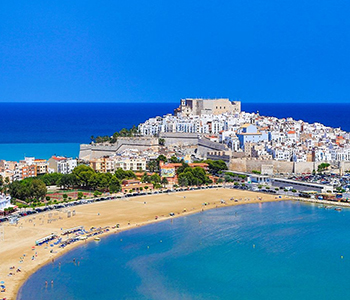 A History in the Costa del Azahar: Peñíscola

Famous for its historic old town, Peñíscola is a coastal town in the north of Spain. The coast is full of lavender and olive trees and offers a panoramic view of the 13th-century castle.

The historic city of Peñiscola near Valencia and its city walls, the Templar fortress, and the fishing port all accompany the development of housing. This accompanies providing a good example of modernism accompanying the historical structure.

Located on the southern Mediterranean coast with palm trees and tropical vegetation, the Baleric Islands attract many visitors, especially from Northern Europe. It has become a very popular place, especially for property purchases.

This group of islands consists of four major islands, Mallorca, Minorca, Ibiza, and Formentera. The official languages in the region are Spanish and Catalan.

The Balearic Islands, which are extremely commercial and strategically important, are also a great tourism paradise. These world-famous islands have become a well-known holiday paradise.

The Balearic Islands are a great opportunity for people who want to live here with their natural beauty and entertainment alternatives.

Apart from the Mediterranean coast of Spain, there is also a coastal region that extends to the shores of the Atlantic Ocean. This region is Tarifa. 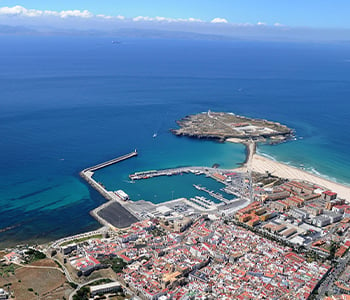 The Tarifa region, 70 km from Estepona in Malaga, is the southernmost coast of the country. Tarifa lies on the Costa de Luz area. One side of Tarifa faces Morocco, Africa.

Although this area is often visited by surf lovers thanks to its undulating shores. This region is quite windy. Located on the Strait of Gibraltar, Tarifa offers a natural landscape of the Moroccan city and a spectacular view of the Atlas Mountains which make Tarifa a privileged coast.

It is a unique experience to see the 100-meter distance between the Atlantic Ocean and the Mediterranean Sea and swim first in the ocean and then in the sea. It is great to watch the lights of Morocco at night from the coast of Tarifa.

On any day of your life, you should live the most meaningful times of your life here with the Atlantic on your right, the Mediterranean on your left, Europe behind you, Africa in front of you, and with people you love in here.

Take a tour of Tarifa and watch whales and dolphins in their natural habitat. Who doesn't want to experience this unique experience?

What is the Most Beautiful City in Spain: What are the best cities to live in Spain? Read more for detailed information about beautiful cities in Spain.

Which is the Richest City in Spain?: There are many ways to measure the “richest city” as the meaning of wealth can vary in value to each individual. For the sake of statistical significance and consistency of definition, we wrote about Spain’s richest cities measured by average income earnings and purchasing power parity in this article.

Author
Gülay Avşar
Gülay AvşarDigital Marketing Manager
I was born in Isparta. I finished both my secondary and high school education in Antalya. I received a bachelor’s degree ...
Comments