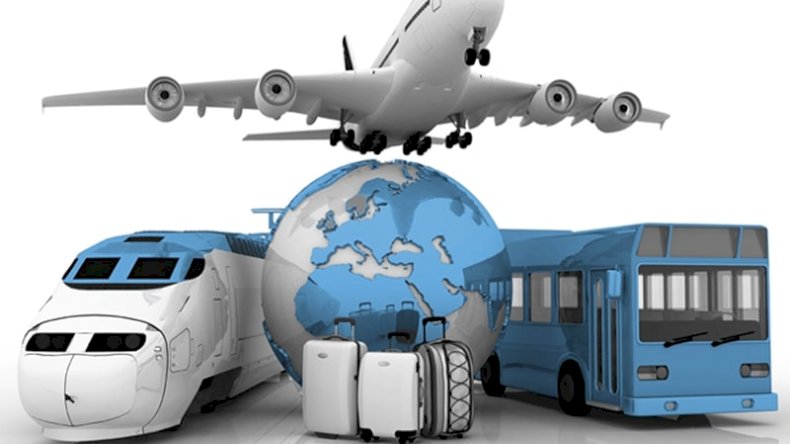 Coming to Spain, travel around, to reach your dreamlands is pretty easy. Spain is a developed and modern country in terms of transportation.

Especially the interest of foreigners in the Spanish real estate market and the economical doping created by this interest, pushed the Spanish Government for investing in air, train and highways. Other than the government, also the private sector took advantage of this opportunity, bringing Southern Spain airports to the forefront of airline companies' most frequent destinations. The intensely competitive environment has kept prices reasonable.

There are 36 airports in Spain open to international flights. The most important ones among these are Madrid Barajas, Barcelona International, Valencia, Malaga, Alicante, Palma de Mallorca, Seville, and Zaragoza Airports. In general, it is possible to find many flights to these airports. Especially in the summertime, ticket prices may be high.

Buses are the most widely used transportation facility in Spain. In general, they are modern and comfortable. The tariff is almost one-sixth of taxis and they obey the schedule. If you are using Google Maps, you can easily check your route and make time plans.

If you don’t speak Spanish, learning the pronunciations of the places that you plan to go will be helpful to communicate with drivers. In the summertime, try to find out the sunny part of the bus and to avoid there. Get in from the front door and out from the middle. You can buy tickets on the bus but there might be exceptions. In this case, you should find the stations where all they sell the tickets. And keep in mind that in the summer season the buses can mostly be full.

The railway network of Spain is one of the cheapest ones in Europe, although it is slightly behind the European standards in terms of punctuality. Therefore, RENFE (Spanish Railways) has initiated a comprehensive modernization program in the last decade, in order to reduce the travel time by 50%. Within this program, the AVE (the high-speed train) system has been activated.

The AVE is currently being expanded nationwide and when the network is completed, it is planned that all the cities to be at most four hours from the capital Madrid and at most six and a half hours from Barcelona. Currently, AVE is active from Madrid to Sevilla, Malaga, Toledo, Zaragoza, Huesca, and Lleida. Infrastructure constructions are continuing to connect the cities of Barcelona, Segovia, Valladolid, and Valencia to Madrid via the high-speed train network. You can see the railway station by using Google Maps Train.

Even though the colors may change from one city to another, you can easily distinguish a taxi with its green light to indicate that it is available. When you get into a taxi, you can check if it is a real one by looking at the panel which should show the identity of the driver. Check if the taximeter is working properly. The prices are not much different than in your country. By taking into account the emergencies, keep the contact number of the taxi with you.

If you are planning to travel into small Spanish towns, countryside or to discover different beaches it would be better to have a car of your own. You should be above 18 to have a driving license in Spain. To rent a car, you should be above the age of 21. Keep in mind that you will need a credit card to pay the deposit while renting a car. If you are going to rent a luxury car, then you may need two different cards.

In general, traffic rules are similar to other countries. Traffic runs from right. You will be surprised by the numbers of roundabouts in Spain. Keep in mind that you always have to give way to your left-hand side in roundabouts. Even though Spaniards may lose their general tranquility on roads from time to time, make sure that you drive safe.